With the long-anticipated BIS Triennial Central Bank Survey of Foreign Exchange and OTC Derivatives Markets recently released, it has been revealed that the FX market has grown from $5.1 trillion a day in 2016 to $6.6 trillion a day in 2019 – with the highest growth being recorded in FX swaps, largely driven by hedging. Yet regardless of how quickly the market is growing, the costs associated with FX trading remain in the spotlight.

For the most part, buy side firms still source their FX liquidity from the banks that also provide their credit lines. Banks provide liquidity at a cost correlated to the risk of doing so – factoring in the personnel, technology, and compliance costs of providing the market with prices. The banks, as market makers, can’t be blamed for these costs – they’re simply being compensated for providing a service.

Amongst various efforts to reduce the buy side’s dependency on banks, some participants have attempted peer-to-peer matching as a way of reducing costs. This approach has long been an obvious choice: when the cost of trading with banks becomes too great, why not source liquidity from your peers?

Until now, these peer-to-peer matching platforms have struggled to gain traction simply because they have focused on the wrong flow; spot. Whereas spot FX may sound like an obvious starting place, for spot trading it's impossible to predict your daily trading requirements which makes matching undependable.

Peer-to-peer matching is more suitable for passive hedging programs and the liquidity requirements surrounding regular roll cycles – programs and processes that are both predictable and consistent. There are four key benefits to using a peer-to-peer liquidity network for FX matching in a passive hedging program, and they matter to varying degrees, depending on who you are and how you’re trading.

1) Bid/Offer Spreads: The implicit spreads applied to FX trades are necessary for banks’ FX businesses to cover their costs and be profitable. Being a market maker is expensive - not least due to the technology cost (pricing, credit, risk transfer, connectivity, etc.), plus compliance and personnel costs – all of which put pressure on the bottom line. These translate into transaction cost – which is ultimately passed on to investors in the form of spread, which creates performance drag.

Whether spread is really a problem for a particular buy side participant depends on the liquidity available to their internal FX desk, and their bank relationships. The giants trading across multiple asset classes may get favorable pricing from their banks, and therefore reducing spreads further may not be their priority.

Yet those who don’t benefit from the same level of infrastructure, technology, and resources deployed towards FX execution are potentially facing much wider spreads – which can be in the range of 0.5 to 0.75bps, and sometimes more, for a single monthly roll.

Regardless, it’s often the case that the lack of comparison data and transparency in the forward markets means many traders may not even be aware of the spreads they’re paying.

Furthermore, liquidity is – by its nature – fluid, and a favorable execution from a particular bank on a given trade isn’t necessarily an indication of that banks’ ability to be as competitive on the next trade.

This requires buy side FX desks to broaden their panel of banks to ensure competitive dealing for each and every trade, which drains time and resources to execute effectively. Consequently, the ability to match against peers on a consistent basis – at a transparent, fixed spread against a referenceable benchmark – is appealing from a price perspective.

2) Market Impact: When an institution running a passive hedging program has large rolling positions recurring on a calendar basis (such as monthly or quarterly rolls), simply communicating that requirement to the banks can move the market against them.

From the bank’s perspective there exists a competitive desire to reliably provide prices for the buy side – however their challenge in doing so stems from their need to manage their own risk at the same time.  The volume of market trading activity required to position a bank to offer competitive rates may adversely impact the market prior to filling their client’s order. This means that the buy side may ultimately execute at a less favorable rate.

Worse still, because the list of banks competing for this scheduled flow tends to be relatively short – and the size and direction of these passive hedgers are predictable – it’s often the case that banks may preposition (ie. pre-hedge) themselves well in advance of the trades being communicated to the banks. This makes market impact even more difficult to avoid.

Many buy side FX desks, including some outsourced hedging providers, have even less capacity to negotiate with a broad panel of counterparty banks – therefore they end up being captive to a small number of banks, or in some cases a single bank. This makes price negotiation difficult if not impossible, while simultaneously amplifying the risk of market impact.

Ultimately, pre-hedging is an exercise in self-preservation (in the form of risk management) for banks – which is entirely understandable: if, for example, a bank knows there’s a buy side participant with a monthly roll of €500 million, then it’s clear that one of a handful of banks is going to provide this liquidity. Therefore, a bank positioning itself to protect against the move that €500 million is going to create is rational – however, the cost is passed on to the buy side, who ultimately require the liquidity.

In a peer-to-peer network, where positions naturally offset, there is no market impact – because only the pool of peers have knowledge of what, on aggregate, the pool is doing: the market simply doesn’t see it.

Naturally, there’s often a high correlation between the technology investment made in a buy side trading desk and the size of its trading requirements – hence where spreads may well be sharply negotiated down, market impact is nonetheless much more difficult to manage. This makes the cloak of confidentiality provided by peer-to-peer an arguably compelling defense against market impact.

3) Tracking Error: Many passive hedging programs are mandated to track an underlying benchmark – most notably the index trackers, whose popularity has grown sharply in recent years. They are measured by their success in recreating the published performance of their benchmark – which is calculated using published prices for the underlying securities and the FX rates used in their hedged performance calculations.

As such, an index tracker’s goal is to match the rates of their benchmark – meaning that any deviation, favorable or unfavorable, will result in performance slippage/tracking error.

While many buy side FX desks have strong relationships with tier 1 banks, who provide access to highly competitive rates, they often have to search for liquidity for each roll – trading when the banks have liquidity, which may be days or even a week before their preferred benchmarks.

A bank may contact them and say, for example, “We’ve got 5 yards EURUSD – we’ll give you choice price if you take it now.” While the rate may result in minimal spread without market impact, the resulting performance of the trade will differ from their benchmark – introducing tracking error.

With peer-to-peer matching, tracking error for index trackers is substantially minimized. Aligning the execution of the roll with the rates used to perform index calculations means that the daily returns for the fund versus the underlying index will also align. This consistency for the buy side means that they are better able to replicate their index and track with improved consistency.

4) Operational Risk: The repetitive task of rolling forward positions to maintain hedge ratios imposes a significant workload on buy side trading desks – which must source the requisite liquidity for each roll cycle. When a buy side participant has a large amount to roll, that roll process can consume a considerable amount of desk time and effort – and rushing it increases the chance of incurring excess spreads and creating market impact.

With a peer-to-peer matching network, passive hedgers substitute active dealing in the market with fixed spread trading among a community of mutually offsetting peers – whose objectives are aligned. Doing so eliminates much of the need for resource-intensive workflows in favor of automated trading and transparent execution.

Ultimately, the more certainty the buy side possesses, the better – and a sustainable peer-to-peer network removes some of the burdensome workload and operational risk associated with executing monthly rolls in the open market.

In conclusion, a peer-to-peer approach to sourcing liquidity related to a passive hedging program may deliver considerable benefits to the buy side. By substituting the market elements of FX trading – such as price discovery – with liquidity sourced from a network of their peers, buy side participants can significantly reduce transaction costs while simultaneously acquiring a dependable, predictable, and workflow-efficient way to manage their systematic roll processes. 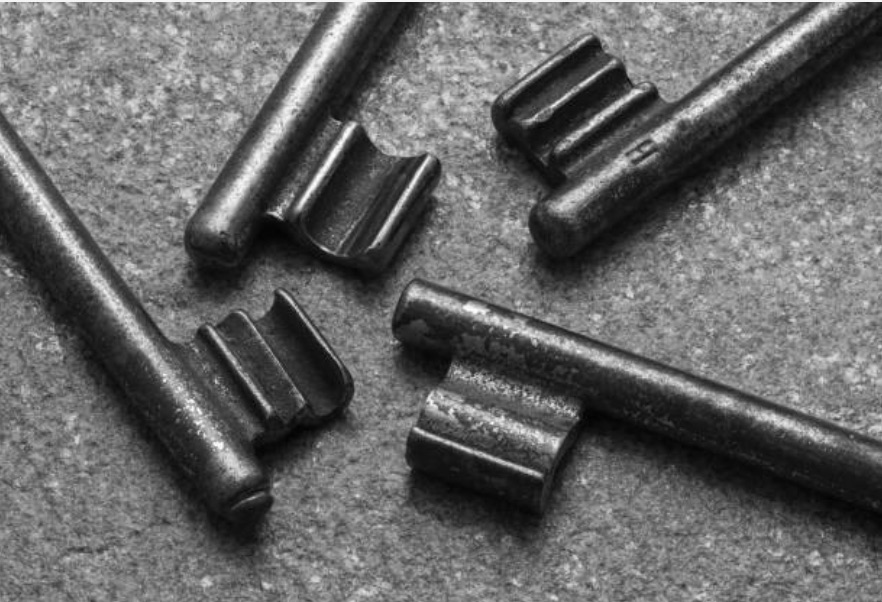 FX HedgePool is a multi-award winning matching platform for the mid-market execution of FX swaps that is transforming the market through its breakthrough unbundling of liquidity from credit. This is unlocking vast potential for passive hedgers to provide liquidity to each other, while leveraging existing counterparty relationships for credit provision. Passive hedgers can now access a new source of safe and dependable liquidity, eliminating unnecessary friction for both the buy-side and the sell-side. Founded in 2019 by FX industry and trading technology veterans, Jay Moore, Emin Tatosian, and Richard Leader, FX HedgePool is redefining the FX swaps market.